Just a collection of my Works in Progress. As I finish them I will make posts about them separately. 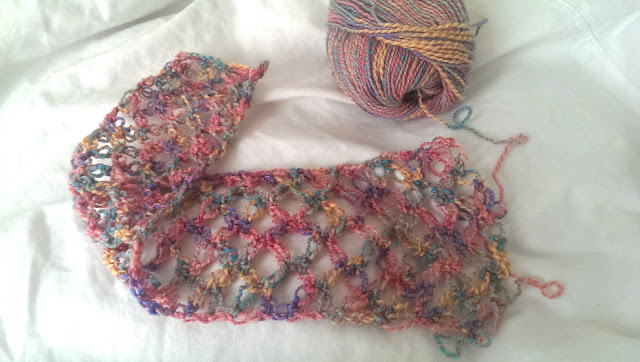 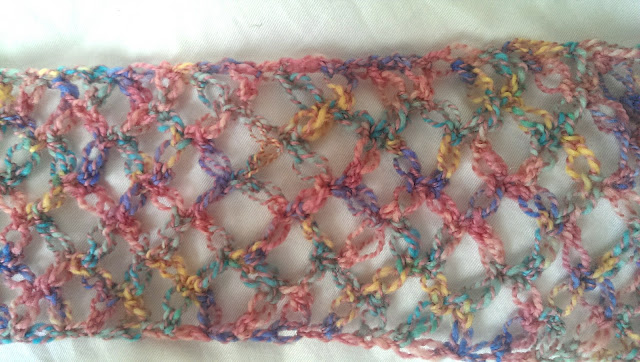 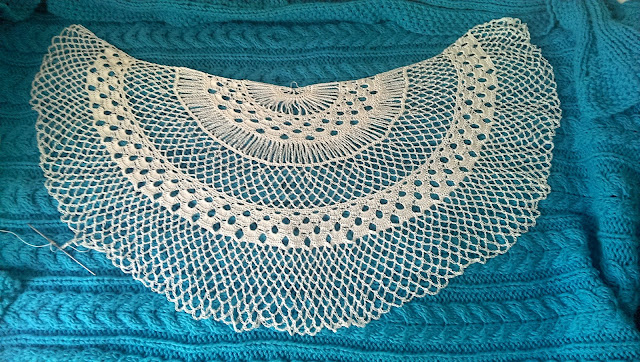 Posted by Unknown at 1:11 PM No comments: Links to this post 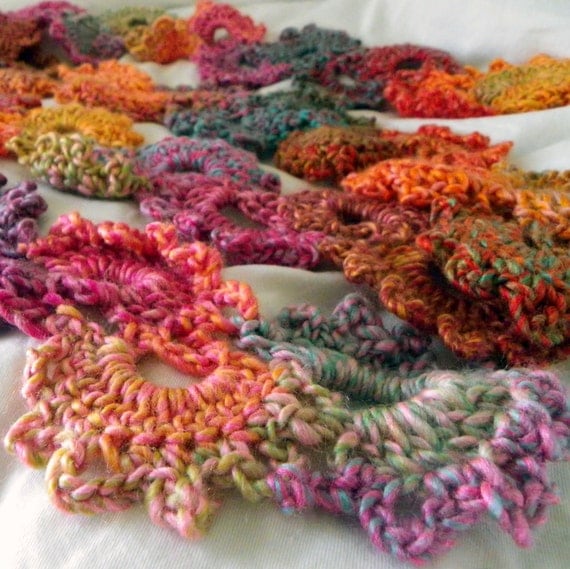 This pattern is for a Queen Anne's Lace Scarf. My headband pattern is based off of this pattern, with some adjustments. You can also find this scarf for sale on my Etsy store. 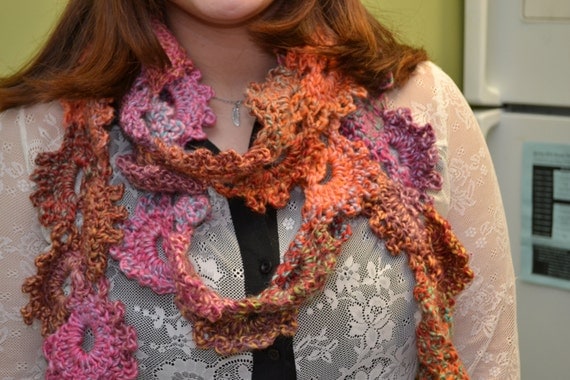 
Pattern
Ch 9 and join into a ring with sl st.

Repeat 3 until scarf is desired length, finish by repeating step 1 once. Fasten off and weave in ends.
Posted by Unknown at 12:36 PM No comments: Links to this post 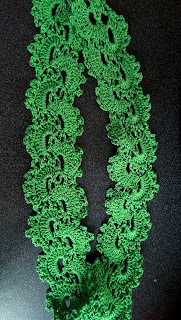 I modified this pattern from a scarf pattern I have, i made it have less bumps and obviously a lost smaller.

4: Repeat step 3 until headband is desired length, mine is about 22 in. You can just try it against your head as you near the end. You are going to want to lay down the headband and make sure the ends interlock. You don't want them both to be on the same side, your the join would look weird. 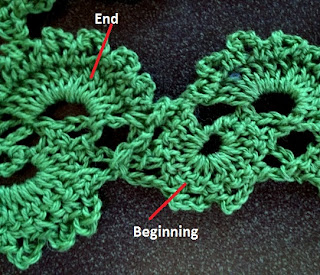 5: When you reach the end of stpe 3 for the last time, sl st into the loops for the beginning motif. you should do this twice, once to connect to the first motif, and once to connect them both to the 2nd to last motif.
Posted by Unknown at 7:57 PM No comments: Links to this post 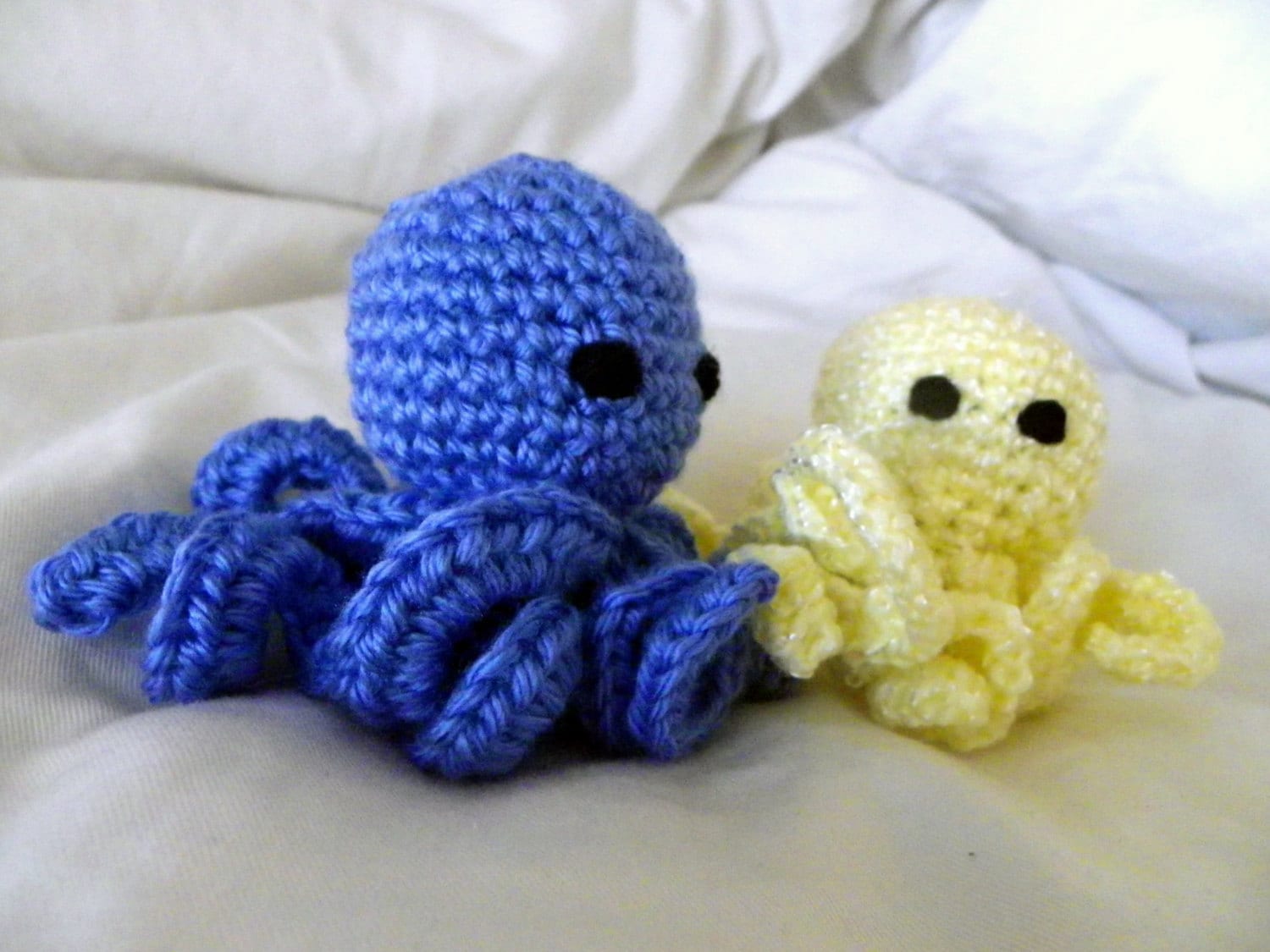 A couple months ago one of my friends asked me to make her an octopus, and so I went to make it. I looked around for some patterns, and saw a few I liked, but they all required sewing which is something I hate. So I designed my own.

These octopi are also available through my Etsy Store.

To make this pattern, you need yarn and a crochet hook that is 1-2 sizes smaller. I tend to use worsted weight and a size H/5mm hook. You also need stuffing, and whatever type of eyes you like to use, I sew yarn eyes.

The tentacles are worked into each sc from the last round. I have found that you get the curliest tentacles when you work the hdc into the back loop of the ch instead of going through both loops.

Edit- I forgot about to show how to get rid of the hole in the bottom. You don't necessarily need to use a needle to sew this, you could just pull it through with your hook (that's what I used to do before I got needles). 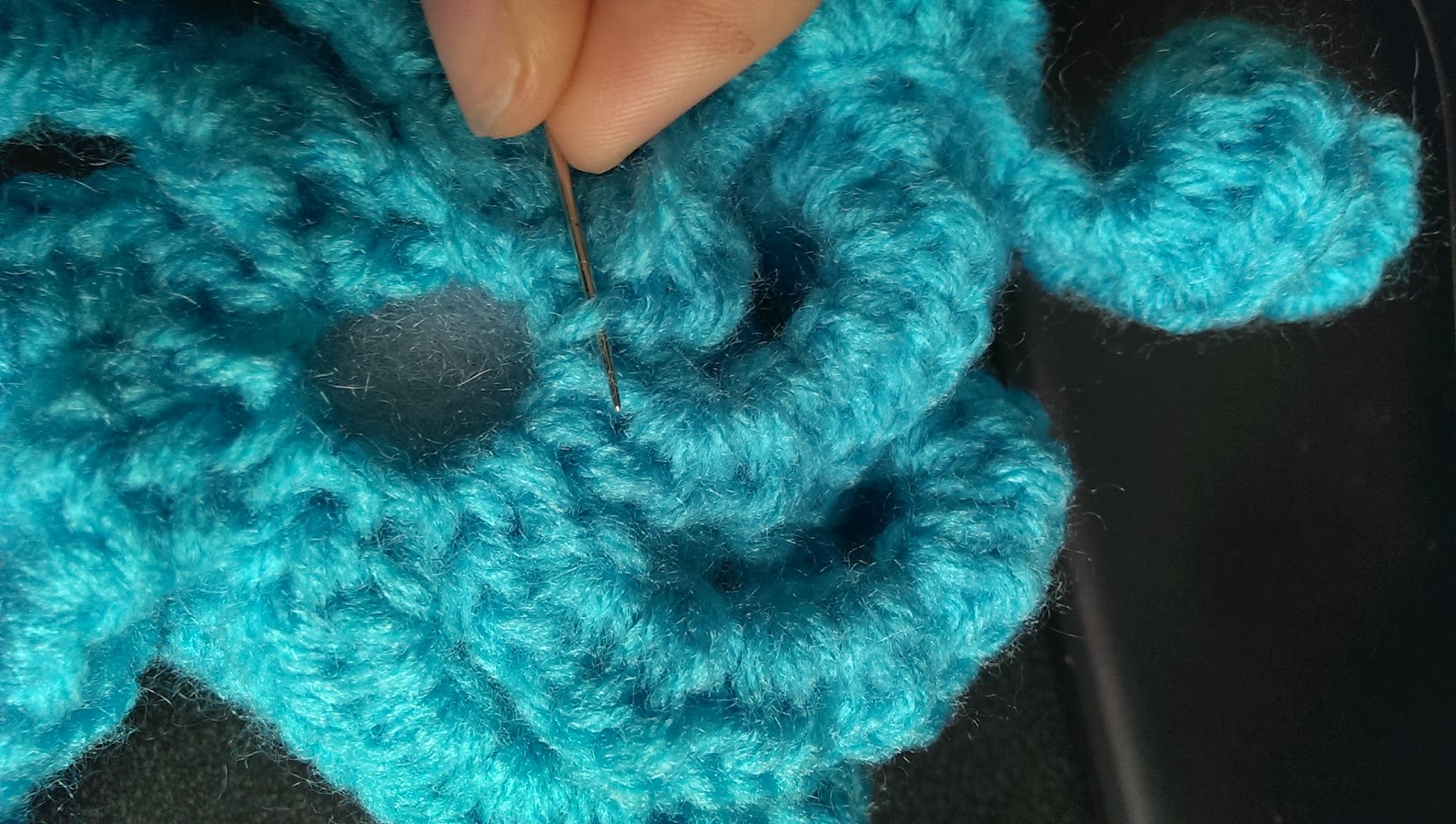 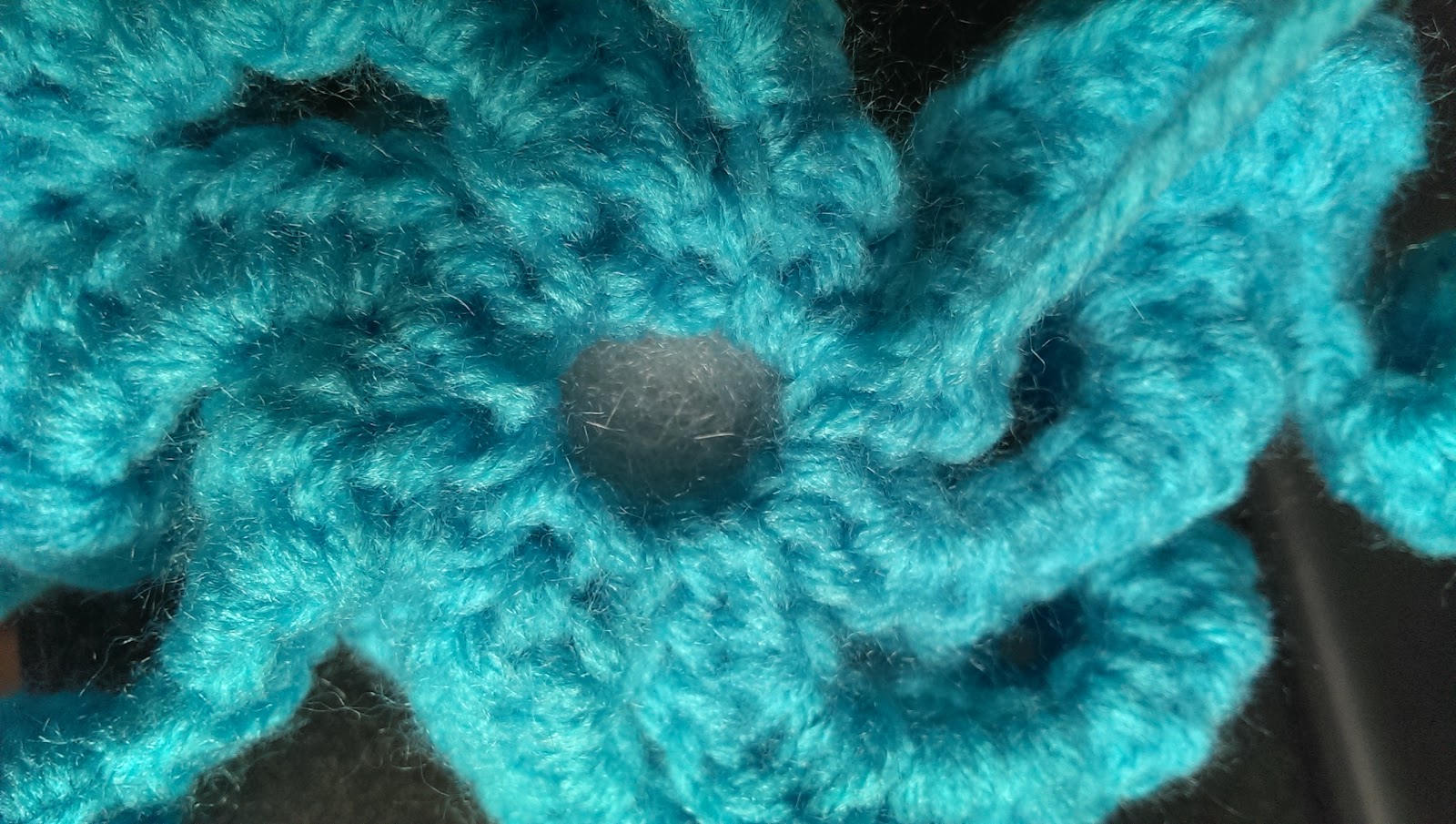 When you finish the last tentacle, sl st into the first st and bind of. Cut a tail long enough to weave through the hole, with enough room to maneuver. Then you just sew into the stitches, all around and back through the first stitch you went through. Pull tight, and weave in the end. 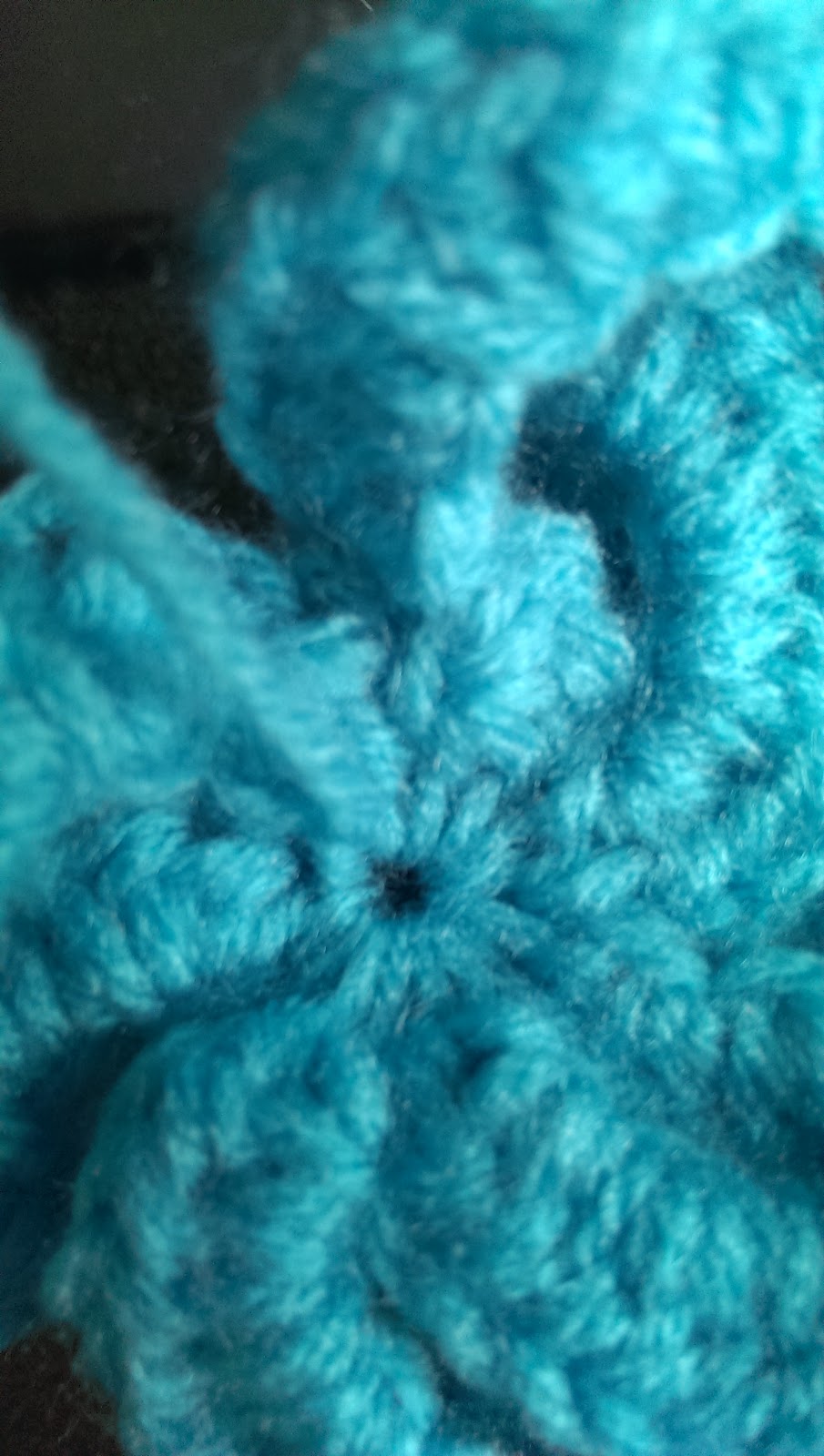 Posted by Unknown at 11:21 AM No comments: Links to this post


Here are some hats I made over the weekend using the free pattern from Sarah Arnold: Divine Hat
They are all available from my Etsy Shop 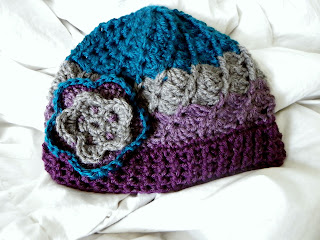 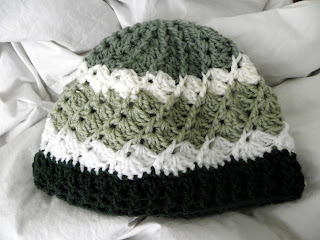 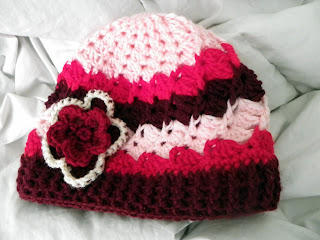 Posted by Unknown at 7:11 PM No comments: Links to this post 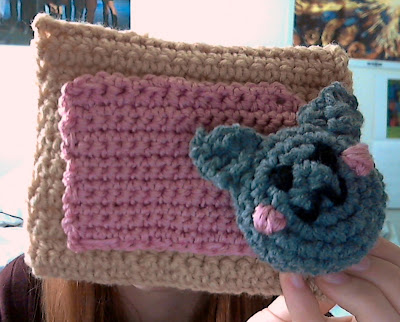 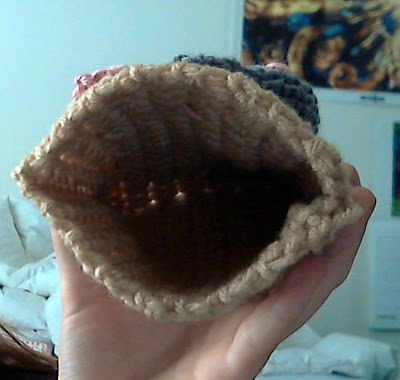 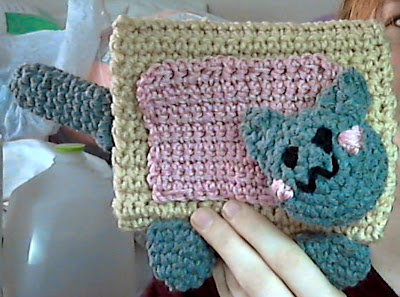 The other day I was looking at the colors of yarn I have in my stash, and decided I would make a nyan cat something. So I made the head, and then the poptart, but had no idea what I was going to do with it. So I showed my roommate and she said "Make it a bag".

For those of you who do not know the nyan cat, here is the video.


Posted by Unknown at 12:00 PM No comments: Links to this post

Purpose of the Blog

I have decided to create a blog to possibly connect with people, and to post the items I crochet. This is also a way for me to keep myself accountable for to various projects I am working on.